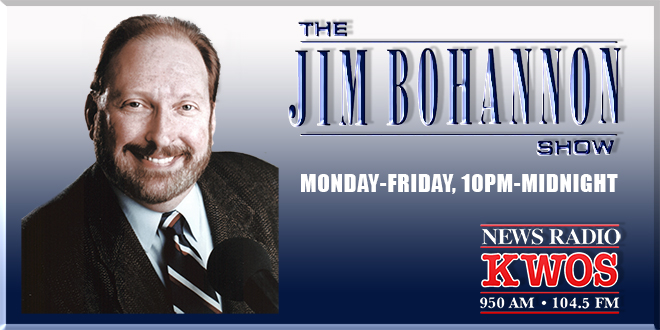 Mid-Missouri native Jim Bohannon will be coming to KWOS radio waves.  A 50-year-plus broadcasting veteran, Bohannon began his career in 1960 at his hometown station in Lebanon. He’s been nominated for the National Association of Broadcasters (NAB) Marconi Radio Award for the Network Syndicated Personality of the Year. He is a recipient of a Special Recognition First Amendment Award from the Radio Television Digital News Association and was named by the TALKERS magazine editorial board as the 2013 recipient of the publication’s prestigious Lifetime Achievement
Award. He is also an inductee into the National Radio Hall of Fame. Be sure to him Monday morning when he joins John Marsh and Dick Aldrich at 8:30 on KWOS Open Air!