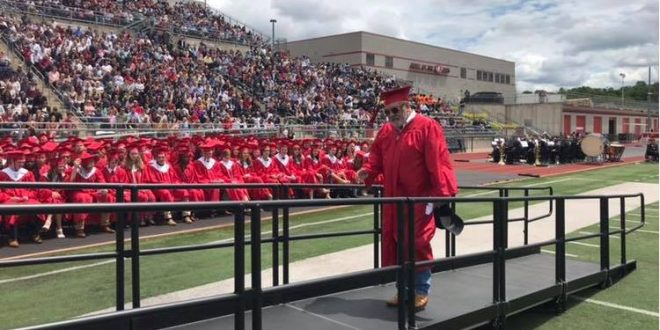 
Jefferson City was one of the high schools celebrating graduation over the weekend. The Jays had a special graduate this year.

George Ousley received an honorary diploma as part of the class of 1966. He left J-C early to join the navy during the Vietnam War.

It’s part of a state program recognizing veterans who left high school early to serve in the military.