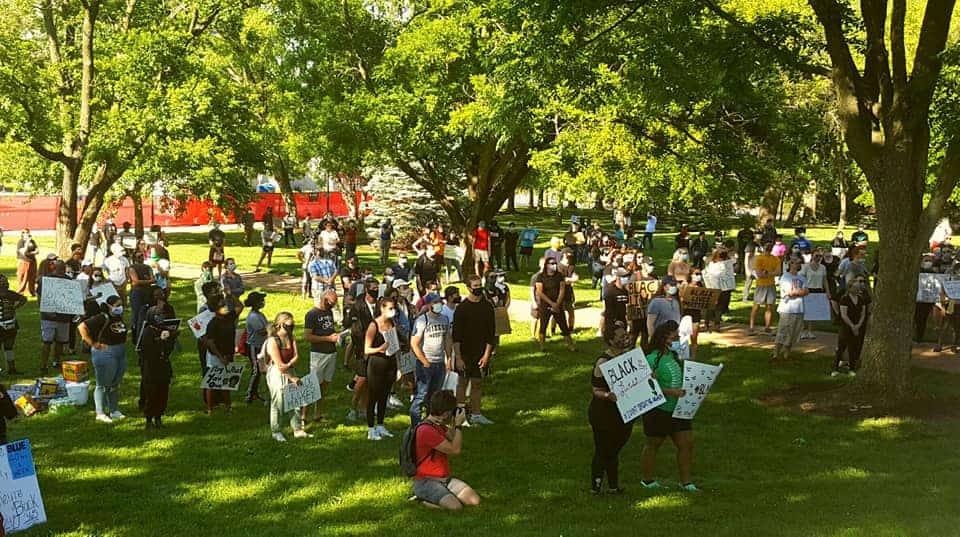 
(MissouriNet) — Several streets were blocked off in downtown Jefferson City for a Thursday protest and some participants have been arrested. The demonstration, made up of about 40 people, is in response to the Missouri Legislature’s special session to address the state’s growing violent crime rate. The governor wants lawmakers to pass a plan that could prosecute some children as adults for certain violent crimes and create a witness protection fund. Protesters says Governor Parson’s efforts will further criminalize the community and the legislature should be focused on providing more funding to address mental health problems. 8 protesters were arrested. They are all out of jail.