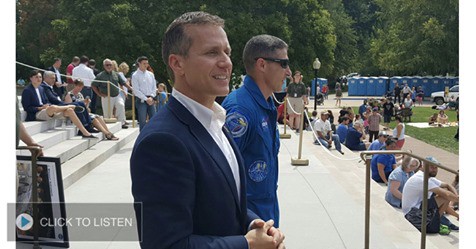 (AP) — Facebook on Monday removed a campaign video by Republican Missouri U.S. Senate candidate Eric Greitens that shows him brandishing a shotgun and declaring that he’s hunting RINOs, or Republicans In Name Only.

In the ad, Greitens, a former Missouri governor who resigned in 2018, is flanked by a tactical unit outside a home on a tree-lined street as he whispers, “The RINO feeds on corruption and is marked by the stripes of cowardice,” using a term popularized by former President Donald Trump and his allies to deride moderate or establishment Republicans.

The armed tactical team breaks through the front door and throws what appear to be flash-bang grenades inside.