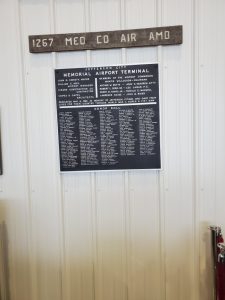 Organizers of last weekend’s “Fly into the 40s event” at the Jefferson City Memorial Airport say it’s a prime example of how much Jefferson City and central Missouri cares about veterans.

Weather was perfect for the event, which drew a strong turnout. That pleases Veterans United Home Loans (VUHL) vice president Pam Swan, who worked on the event for more than a year.

“We got city people from Jefferson City. We brought in the appropriate people to talk about what this year’s mission would look like. What do we need to execute,” Swan says.

Veterans from all generations had an opportunity to take a free flight in a Stearman biplane. While many of the veterans were from Jefferson City and central Missouri, others traveled from as far as as southeast Missouri’s Bootheel.

Columbia-based VUHL is thanking everyone who participated in the fly-in. Ms. Swan is pleased that Jefferson City officials emphasize that the airport’s name is Jefferson City Memorial Airport.

“This airport when you look around and you look around in this hanger, it is themed in an honor to all of our service members, from past and present and hopefully into the future,” says Swan.

The Jefferson City Memorial Airport terminal was dedicated in 1966 in memory of Jefferson City residents who died while serving in World War II, Korea and Vietnam. Then-Mayor John Christy and then-airport manager William Asel pushed for the honor roll plaque in the terminal. It’s still on the wall today.

The airport itself was built in 1947. Its directly across the Missouri River from the State Capitol building.