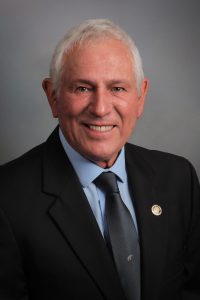 Missouri’s governor has appointed a familiar name in Jefferson City and in southwest Missouri to the Coordinating Board for Higher Education.

Former State Sen. David Sater (R-Cassville) served eight years in the Missouri Senate, before being forced out by term limits in 2020. He also previously served in the Missouri House.

The Coordinating Board for Higher Education has nine board members, one from each of Missouri’s eight congressional districts and a member at large.