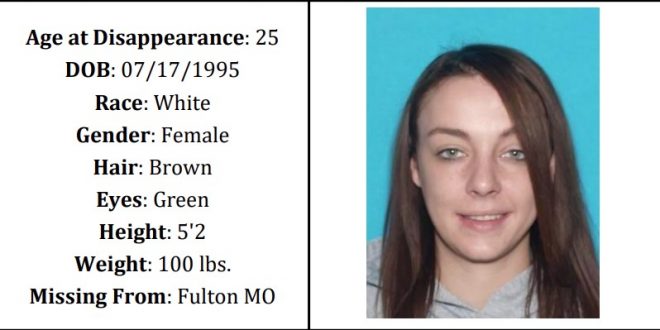 A Fulton woman reported missing may also be the kidnapping victim last seen earlier this week.

Fulton police said Thursday they believe Tori Taylor, 25, is the person who was last seen in a gray Dodge Charger with three other men Monday. That car was spotted at the corner of Eighth and State streets in Fulton.

The Highway Patrol said Thursday friends and family have not heard from the Taylor for more than a week. Police have followed about 90 leads, but still can’t find the suspects.