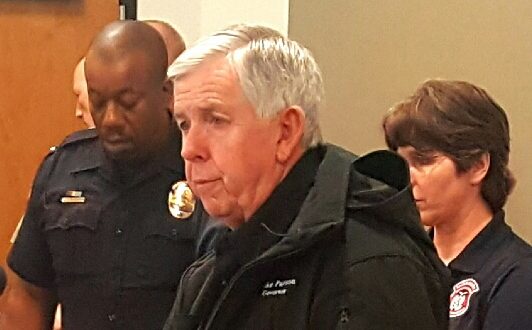 (AP) — Missouri Gov. Mike Parson is recommending a 5.5% pay raise and a $15-an-hour minimum wage for state employees. The Republican governor said he wants the pay increase to take effect Feb. 1. It would need approval from the state Legislature when the session begins in January. The pay raise would be on top of a 2% increase already scheduled to begin next month. Missouri’s state employees are among the lowest paid in the nation. Parson said the state is struggling with high vacancy and turnover rates in many positions. The pay hike would cost $218 million on an annual basis.