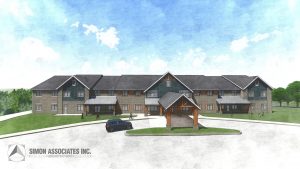 Emphasizing that parents should be within steps of where their child receives treatment, Ronald McDonald House Charities of Mid-Missouri is launching a capital campaign to raise $6.5 million to build a new house in Columbia.

Ronald McDonald House Charities of Mid-Missouri executive director Terri Gray tells 939 the Eagle that they already have $4.4 million in commitments.

“Now that includes a $1.3 million challenge grant, which we will receive from the Mabee Foundation if we raise that remaining $2.1 million by the summer of 2023,” Gray says.

She’s praising the generosity of mid-Missourians. She also notes the Veterans United Foundation has  donated $800,000 to the project.

“Everyone it seems like that we run into has some sort of connection to the house or they know of someone or they’ve read about someone who has benefited from the house. And of course families stay here at no cost to them,” says Gray.

MU Health is closing women’s and children’s hospital on Keene and is building a new Children’s Hospital on their main Mizzou campus. The new Ronald McDonald House will be built near Stadium and College, within walking distance of the new hospital.

The new house will have 24 private guestrooms with private baths: the current location has 18 bedrooms and has a waiting list. It will also have outdoor gardens, walking trails and a covered deck.

Share
Previous What will a railroad strike do to products on the shelves?
Next Missouri’s veto session begins at noon in Jefferson City