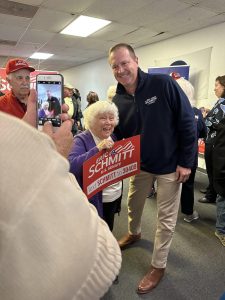 Missouri’s governor will soon have to appoint a new attorney general and a new state treasurer, after voters elected Republicans Eric Schmitt to the U-S Senate and Scott Fitzpatrick as state auditor, respectively.

Both won in landslides, helped by strong turnouts in rural Missouri, which remains ruby red.

Auditor-elect Fitzpatrick says Missouri Republicans will now control every statewide office for the first time in 100 years. The lone Democrat has been state auditor Nicole Galloway of Columbia, who declined to seek re-election this fall.