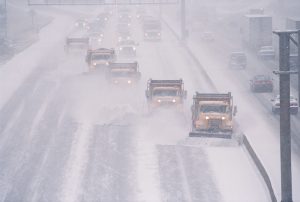 State Department of Transportation (MoDOT) Central District engineer Machelle Watkins tells 939 the Eagle that it will take them longer to clear routes than in the past.

“Despite our best efforts to try and recruit, we are still nearly 1,000 employees short of where we need to be to be able to respond to a winter weather event that covers more than one shift. So that means we’ll have trucks that we don’t have drivers for,” Watkins says.

MoDOT warns that if there’s a widespread winter storm lasting more than 12 hours, delays could be significant.

“And we fully activate our emergency operations center. We deploy all of our plow drivers. They drive their routes and get familiar with them. We put new plow drivers alongside of seasoned ones for their training and guidance,” says Watkins.

Columbia and Ashland received about three inches of snow on Tuesday, but most of it was on grassy areas. The National Weather Service (NWS) in St. Louis says flurries are expected today in mid-Missouri.