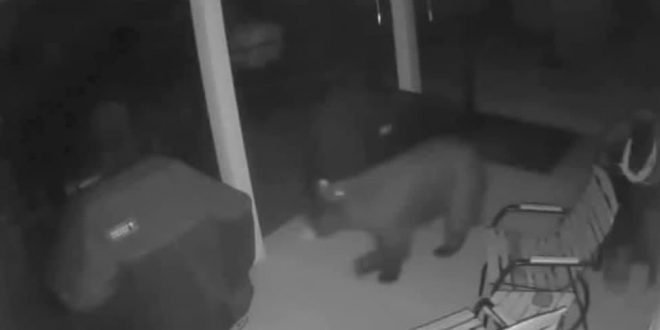 The bear is now in southern Boone County

Ashland is the latest city in mid-Missouri to have reported sightings of some large furry friends of the bear variety. Police chief Gabe Edwards said a bear was spotted on security camera footage at a home early this (thur) morning. An officer also saw one on the east side of town. Similar sightings have been reported near Jefferson City and the southern tip of Boone County.